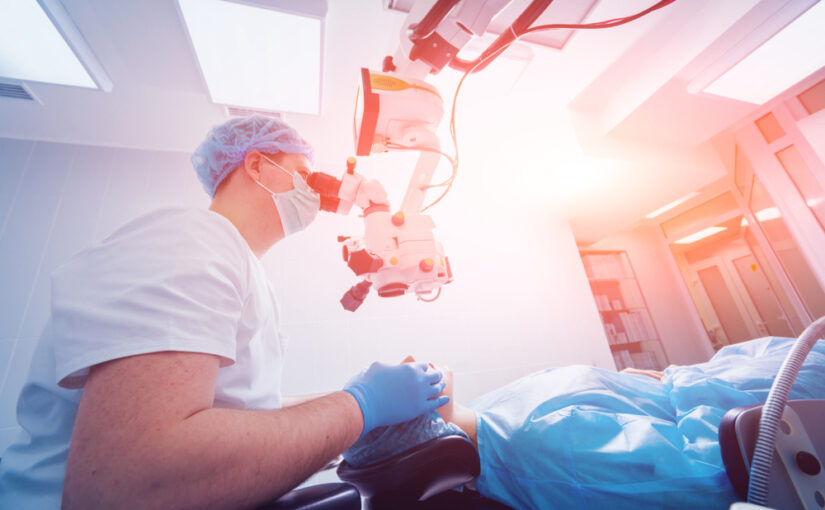 In people over the age of 55, cataracts are the most common cause of vision loss. They occur because of naturally occurring proteins in the eye clumping together over time. This causes the lens to become cloudy. While changes to the lens due to cataracts occur slowly, eventually it may become so clouded that it no longer allows enough light into the eye for you to see. Fortunately, the condition is treatable with cataract surgery. The LenSx machine is an innovation in treating cataracts surgically that offers our patients in West Springfield, MA, significant advantages over traditional cataract surgery.

What Is LenSx Laser Cataract Surgery?

Traditional cataract surgery involves using a scalpel to make incisions in the eye through which another instrument is inserted to break up and remove the clouded lens so that a new artificial replacement can be placed. The LenSx machine uses a laser to make the incisions and break up the cloudy lens during cataract surgery.

The laser used by the LenSx Machine makes more precise incisions than could be done with a scalpel in traditional cataract surgery. There is less trauma to the eye in breaking up the effective lens because the laser works more efficiently. This means fewer side effects, less time in surgery, and faster recovery for patients in West Springfield, MA.

What Type of Laser Is LenSx?

The LenSx machine uses a femtosecond laser. A femtosecond is one-quadrillionth of a second. This refers to the rate at which the machine emits bursts of laser energy. Following its introduction in the early 1990s, the femtosecond laser gained the approval of the United States Food and Drug Administration for LASIK procedures in 2001. In the intervening 20 years, there have been dramatic improvements in the technology to make it faster, more precise, and more efficient, with reproducible results. It is now used in other ophthalmologic surgical procedures, including cataract surgery.

Cataract surgery is usually performed to correct vision loss. Medicare only considers the medical necessity of the procedure, not the technique used, and will cover a procedure performed with a LenSx machine the same as it would the traditional procedure to remove cataracts. This means that, in either case, Medicare covers 80% of the total cost, with the remaining 20% being the patient’s responsibility.

Dr. John Frangie at Northeast Laser is always at the forefront of technology when it comes to advances in eye surgery. Patients in West Springfield, MA, trust his years of experience. Contact us when you are ready to permanently correct your vision by having your cataracts removed safely and efficiently.